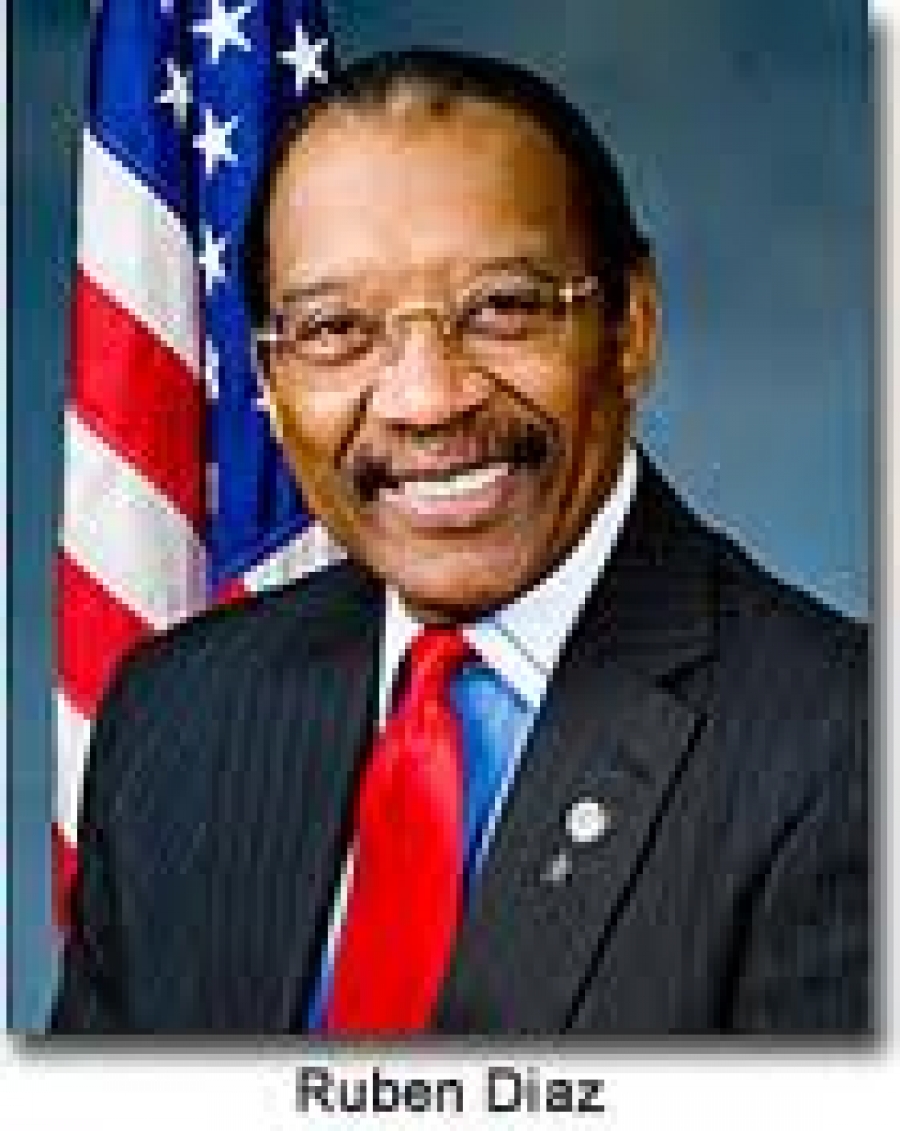 In his “What You Should Know” column yesterday, the email blast authored by state Sen. Rubén Díaz, Sr. the Bronx senator ticked off his top ten wishes for the New Year, a list that jabs at everyone from the Senate Independent Democratic Conference to Gov. Andrew Cuomo. But Díaz directed his most inflammatory statement at Sen. Malcolm Smith, who recently defected from the Democratic conference to join the IDC, writing that he wishes, “For Senator Malcolm Smith, to find another minority to join him in order for him not to be the only Uncle Tom in the house.”

When asked about his comments, Díaz said that he is tired of people using black and Hispanic pain for their own benefit, and suggested that Smith is being exploited by the IDC and senate Republicans simply to have a minority face in their leadership coalition.

“I know the game, I know how they play. [The senate leadership] need[s] to show that they care [about minority issues] and for that they get one or two [minorities],” Díaz said. “They give a little piece of bone to Malcolm, and they say ‘we have the minority we love’.”

Smith did not respond to a request for comment.