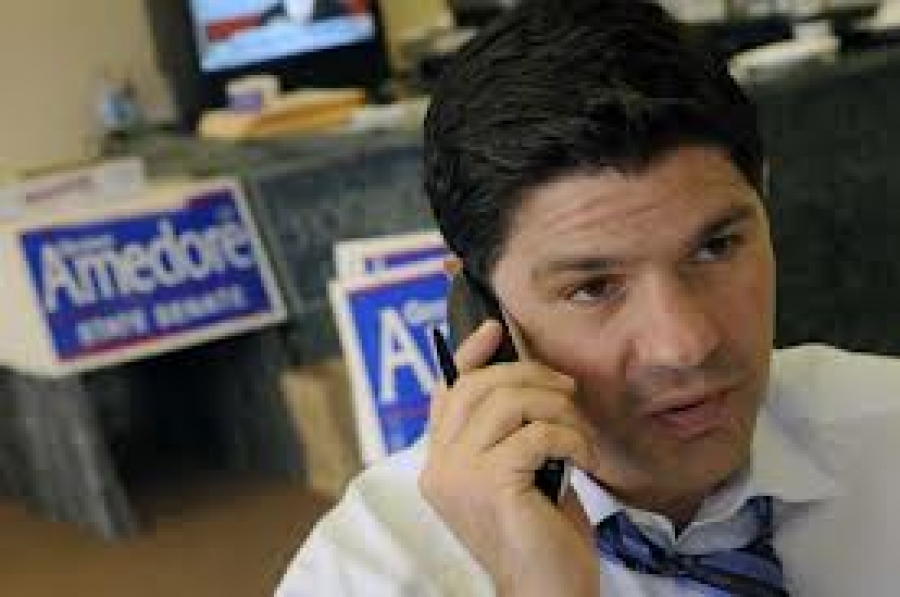 If Republican George Amedore prevails in the ongoing ballot count against Democratic candidate Cecilia Tkaczyk, the coalition of the Independent Democratic Conference and Senate Republicans would be “irrelevant” to a Democratic takeover of the chamber, Gov. Andrew Cuomo said in a Talk-1300 interview.

“If Amedore wins, then the whole IDC thing would be irrelevant,” he said.

Updated: We should note that there’s a broader context to what Cuomo was saying about the “mathematics” for the Senate Democrats and wasn’t necessarily commenting on the stability of the coalition.

“If Amedore actually wins then the problem for the Senate Democrats is a mathematics issue,” he said. “They just lose on the numbers. So the whole IDC thing would become irrelevant. I don’t know what that would do to that arrangement. But, if Amadore wins, none of the consternation and that chatter would amount to anything because the Republicans would have won. Of course they have Simcha Felder, which whatever that situation is. But I don’t know that it’s over. I know the Democrats say they are going to appeal Amedore, so I don’t know.”

With an Amedore victory, Republicans would have 31 members, plus Brooklyn Democrat Simcha Felder, who plans to sit with the GOP conference. That would give Senate Republicans 32 members and a working majority.

But the GOP and the five-member IDC formed a coalition earlier this month with two ballot counts still underway. Republican Sen. Dean Skelos and Sen. Jeff Klein had annonuced a power-sharing agreement that would rotate the Senate presidency and allow equal say on which bills would come to the floor for a vote.

If Amedore were to lose in the appeals process that’s currently underway, the Republicans would need the coalition to retain some power in the chamber.

The coalition agreement would require a change to the Senate rules after Jan. 9.

Cuomo, who reiterated his desire for a functioning body above all else, said he was tuning out the internal leadership squabbles of the chamber.

“I want to see it function… all the rest quite frankly is irrelevant,” he said.