Change in Party Leaning Is No Surprise to Constituents 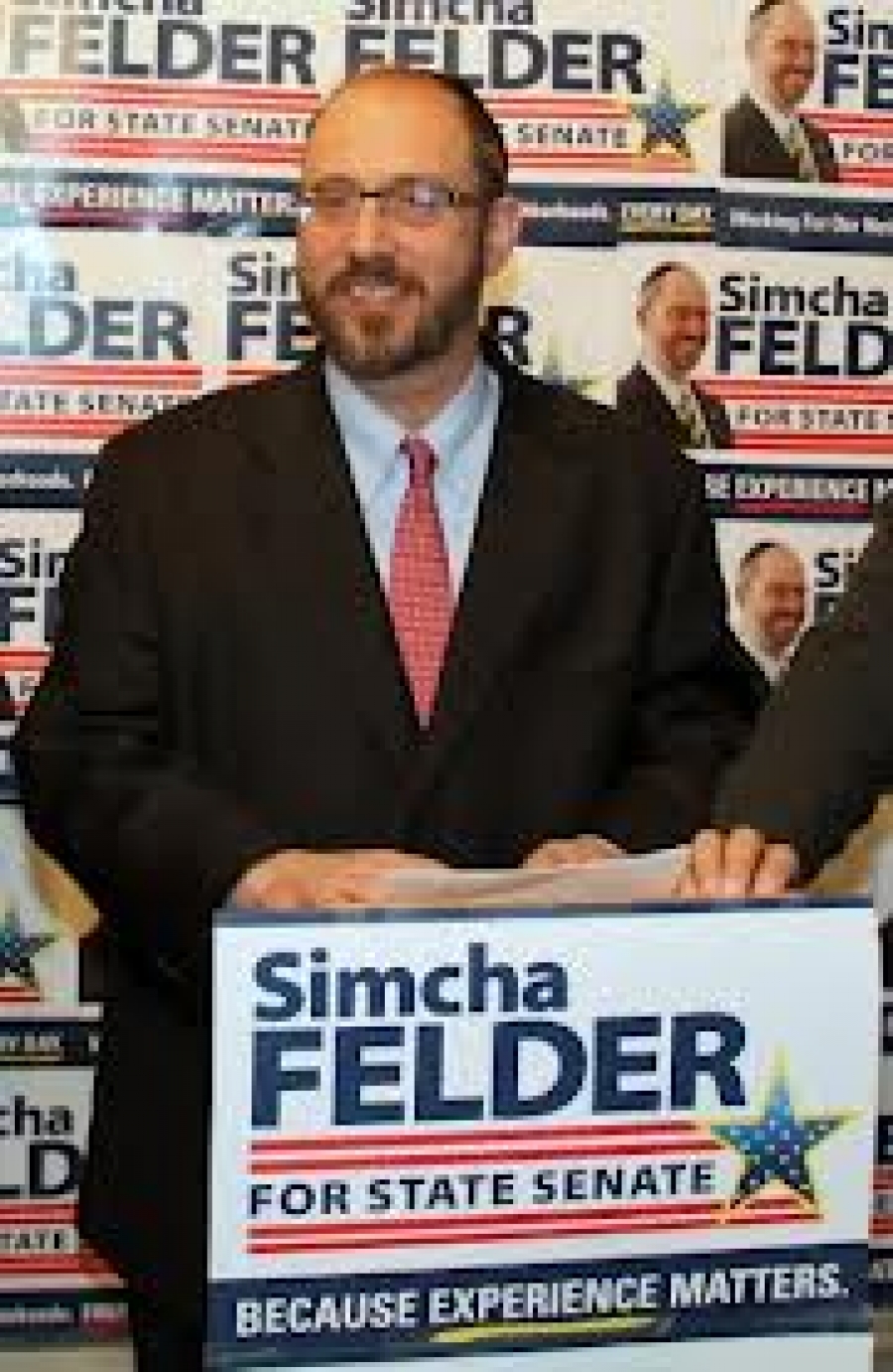 Simcha Felder was elected to the State Senate just a few weeks ago as a Democrat, defeating a Republican incumbent for a newly drawn district in an Orthodox Jewish pocket of Brooklyn. But he promptly announced that when he got to Albany he would caucus with and mostly vote with the Republicans.

Such a switch might startle or anger voters in many districts, but in the Hasidic and other Orthodox communities of Borough Park, Midwood and Kensington, his switch is being greeted with a collective shrug; party affiliation is less important there than more practical concerns, like obtaining government money for tuition and busing at yeshivas, a goal Senate Republicans have seemed more willing to accommodate.

Mr. Felder, whose move could help Republicans retain control of a closely divided Senate, made clear all along to voters that he would decide which party to caucus with based on his community’s needs. He defeated David Storobin, a Republican who had been elected to the Senate in a hard-fought special election just eight months earlier; the district lines were then redrawn to reflect population shifts identified in the 2010 census, and Mr. Felder won the seat in a landslide.

“It was understood that he was a Democrat by name, but not in his views so much,” said Rabbi Zvi Mermelstein, 29, of Borough Park.

But his decision has upset leaders of the Democratic Party. The Brooklyn Democratic chairman, Frank Seddio, called it “both a disgrace and a complete betrayal of his constituents.”

And even in the district, there are some misgivings.

“I could live with him caucusing with the Republicans, but he did it when he didn’t even know who the Democratic leader was going to be,”’ said Moshe Friedman, a host of “Let’s Talk Tachlis,” a radio show.

The district, with its large population of Orthodox Jews, was created in part after a request from Agudath Israel of America, an umbrella group representing both Hasidic and other ultra-Orthodox organizations, to consolidate the Orthodox vote in one district, according to Rabbi Shmuel Lefkowitz, the chief lobbyist in Albany for Agudath Israel, who noted that other ethnic groups had made similar requests in other parts of the city.

In the November election Mitt Romney easily captured the district’s support in the presidential campaign, and the community’s leaders have forged an increasingly close relationship with Republican leaders in Albany. Their top legislative priority has been winning state assistance for religious education, because many Orthodox families have six or more children and educate them in yeshivas.

“There’s no question that the Senate Republicans are more sensitive to the needs of nonpublic schools,” Rabbi Lefkowitz said.

In recent years, Agudath Israel and other Orthodox groups have successfully pressed for legislation allowing the use of public money for school buses that run after 4:30 p.m. — as most yeshiva buses do — and for state tuition grants for rabbinical and other professional theology students. The change in college tuition grants alone will mean about $18 million a year in benefits.

The State Legislature also passed a controversial measure that would have required public school officials to consider the “home life and family background” of special education students when placing them in schools. Critics said the measure would have required using public dollars to send more students to religious schools, and it was vetoed by Gov. Andrew M. Cuomo.

Mr. Felder, an ordained rabbi though not a practicing one, would not agree to an interview. His senior adviser, Kalman Yeger, said he was “trying to stay out of the limelight” because he still worked as a deputy city comptroller.

Mr. Felder, 53, is a certified public accountant with a bachelor’s degree from Touro College and a master’s degree from Baruch College’s business school. He has four children and is a grandfather.

He worked as an auditor for the city’s Department of Finance and then for 10 years as chief of staff for the neighborhood’s longest-serving Orthodox politician, Dov Hikind. Mr. Felder was elected to the City Council in 2001, and as a councilman he was known not for grand policy initiatives but for tending to the nit-picking annoyances of daily life. He got a five-minute grace period for alternate side-of the street parking violations and made it illegal to drop advertising circulars on a homeowner’s lawn without permission.

As a child, Mr. Felder attended a Hasidic yeshiva — Yeshiva Karlin Stolin — but he was ordained through Yeshiva Torah Vodaas, an ultra-Orthodox school congenial to the “black hat” or “yeshivish” movement: Jews who are as rigorous as the Hasidim but do not venerate particular grand rabbis.

He has acknowledged regularly consulting rabbinical authorities for policy guidance, a selling point in Hasidic areas. In 2006, when Mr. Felder was a councilman, he took a break during the vote to elect a Council speaker, rather than cast a vote for Christine C. Quinn, who is openly gay. The ultra-Orthodox condemn homosexuality as contrary to biblical law.

His father, Tzvi Mordechai Felder, was a beloved rabbi who led a room-size synagogue in his home in Borough Park. The other day, four elderly men studying Talmud there said Mr. Felder still set up chairs for worship and laid out a Sabbath afternoon meal. They were not critical of his decision to caucus with the Republicans. “The Democrats go out for gays, which is completely against Orthodox Judaism, so I don’t blame him for going along with the Republican Party,” said Rabbi Jacob Neuberger, 85. “He’s a man of principle.”

A version of this article appeared in print on December 4, 2012, on page A28 of the New York edition with the headline: Change in Party Leaning Is No Surprise to Constituents.